How can ccTLDs help you in better search engine ranking? 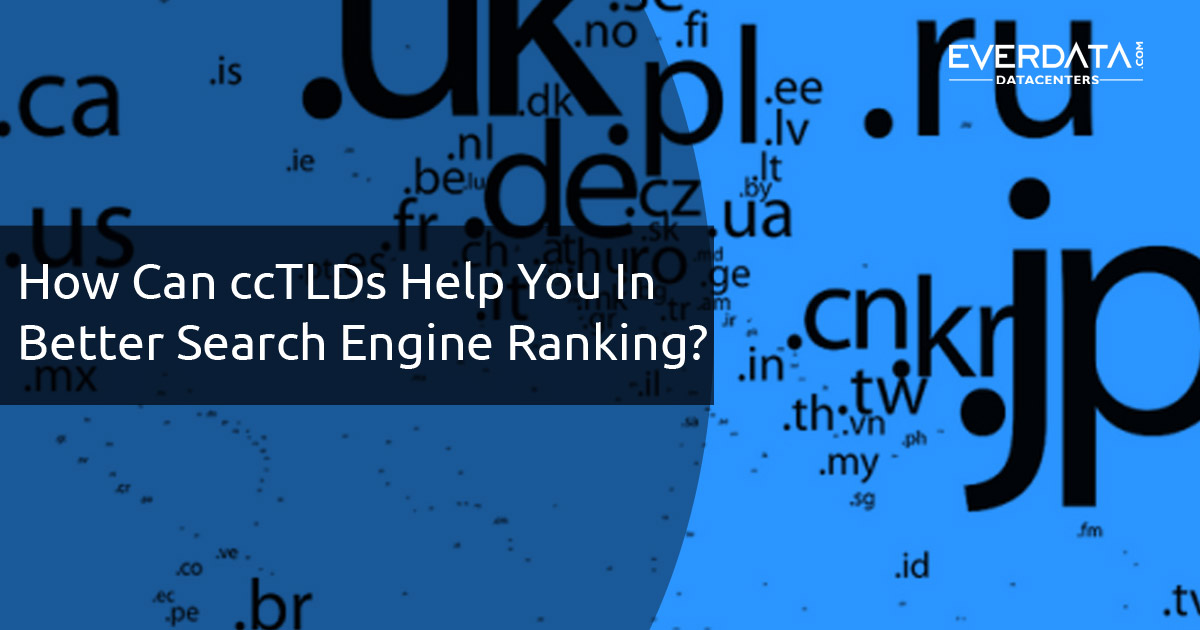 At one point of time, the online businesses had to rely on a limited number of TLD (Top level domains) like .com, .net or .org. However, with time a number of new TLDs have been introduced including ccTLDs. As many people are opting for ccTLD it would be good to know the influence of ccTLDs on your SEO:

The ccTLDs domain extensions represent the sites that are closely associated with or especially relevant to a particular geographical region due to its region-specific content.

• CcTLDs are identified by the letters following the final period in the domain address like “In” in Google.co.in stands for India. They tell about the geographical region or state where the website is registered.

How can ccTLD affect SEO?

The Google is determined to offer the optimal user experience. Returning the most relevant searches plays a key role here. So, when a user in a certain geographical location makes a search, the Google ensures that the top quality local results should get a prime appearance on SERPs in that area. By using ccTLD you tell Google that your site is particularly targeted to a specific geographic region. It results in prime appearance in SERPs and that can influence your SEO in the long run.

Let’ suppose there are 3 different sites (of the same field or business) that weigh equal in various SEO factors but have 3 different TLDs0 .net, .com and .in. If an India-based user will search for that particular field or service, then there are higher possibilities of the domain ending with .in get a better ranking in the SERPs.

A few ccTLDs sound confusing due to the letters they use like .me or .tv. Apart from the region specific sites, they may also represent the sites that are specifically associated with a particular theme or industry. .Tv can be used for TV media websites while .me extension can also be used for the websites that emphasize on individuality. It has influenced the way the Google looks at these ccTLDs. Google now categorizes such ccTLDs ad gccTLDs. It can clash with your objectives. Especially f you would like to use the ccTLDs then be careful to avoid the ones that are considered as gccTLDs as that can constrict the region where you can get SERP benefits and thus may prevent you from getting a good global ranking.

• However, if you would like to concentrate specifically on multiple regions and decide to take the help of cctLDs, then you should keep in mind that each cctTLD is obviously considered as a separate site by Google. Hence you need to employ different SEO endeavors for your sites example.in and example .uk even if they refer to the same company. Besides, you would ideally need to hire the local SEO companies if you are really looking for region specific SEO benefits. In other words, you should either hire a local talent or outsource your SEO requirements.

• Depending upon your budget constraints, it can be expensive for you to buy multiple ccTLDs for your targeted regions. You also need to ensure that each of these ccTLDs is properly maintained to realize the optimal benefits and meet your objectives. If you don’t have the adequate resources then you might also decide to direct users from specific locations to the relevant content by using subdirectories or subdomains o both.

• In order to qualify for registering a ccTLD, you need to affiliate with the country. In order to regularize the use, there are some restrictions associated with ccTLDs.